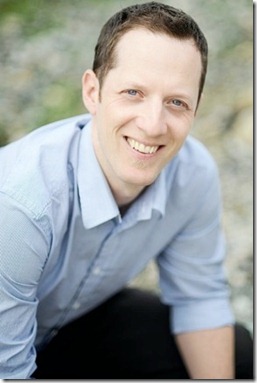 As a practitioner of traditional Chinese medicine, Peter Wood treats everything from asthma and eczema to eating disorders and anxiety.

At Qi Integrated Health on Vancouver’s West Side, he uses acupuncture, Chinese herbs, and qi gong, among other centuries-old techniques, to help people improve their physical, mental, and spiritual well-being. He’s also just one of many B.C. health professionals who are going to have to start charging the 12-percent harmonized sales tax when it comes into effect next July. Like many of his peers, Wood says the HST is going to hurt health-care providers and patients alike.

“Chinese-medicine practitioners are the primary health-care providers for thousands of people in B.C.,” Wood tells the Georgia Straight in a phone interview. “We are an essential service. People are already paying the GST, and to raise that to 12 percent is crazy. To tax people for Peter Wood, who will have to start charging clients HST for his Chinese medicine treatments, says that people shouldn’t be taxed for taking care of their health and well-being does nothing to help the patient. It’s a slap in the face.”

The new tax will apply to a range of goods and services that previously came under the GST but not the PST, including restaurant meals, haircuts, airline tickets, magazines and newspapers, and new homes, as well as phone, cable, and electricity bills. Some health services, such as physiotherapy and chiropractic care, are GST–exempt, which means they will also be exempt from the HST. Other health services, however, will incur the HST, among them acupuncture, acupressure, registered massage therapy, homeopathy, and shiatsu.

As Wood points out, the new tax has a cultural dimension. According to the 2006 census, 51 percent of Vancouver residents identify as visible minorities. The largest group, those of Chinese descent, represents 29.4 percent of Vancouver’s population (although clearly, members of this community aren’t the only ones who rely on traditional Chinese medicine and are drawn to its focus on preventive health).

Wood, who’s also the president of the Traditional Chinese Medicine Association of British Columbia, says the HST is a reflection of the way certain health services are perceived by the mainstream medical establishment.

“The medical system is based around the pharmaceutical system, which has named itself an essential service,” Wood explains. “In general, pharmaceuticals are not healing people, they are just masking things.

“The whole system is backwards, in our [the association’s] opinion,” he adds. “All [TCM] patients should already be covered [by the medical services plan].”

A vast body of research supports TCM’s health benefits. Acupuncture, for instance, has been shown in multiple controlled trials to be effective in treating allergies, headache, hypertension, and rheumatoid arthritis, among other conditions.

Chris Shirley, director of the Pacific Institute of Reflexology, agrees that applying the HST to natural-health services makes it harder for people to focus on preventive health, which will only end up costing the government more money in the long run.

“The whole health-care system is back to front; it’s putting the cart in front of the horse,” Shirley says in a phone interview. “It doesn’t mean there isn’t a place for conventional medicine…but the whole preventive aspect is very important. We could be dealing with a lot of conditions in a more long-term, healthy way, and the results are a lot cheaper. Natural medicine is economically viable. Staying healthy is a lot cheaper than surgery.

“The medical establishment will do whatever it can to suppress natural medicine,” he adds. “This does not make economic sense, and it’s not in the best interests of society.”

Reflexology—which involves stimulating areas in the feet, hands, or ears that correspond to particular glands, organs, or other parts of the body—is said to help improve circulation and calm the nervous system.

Glenn Steele is a registered massage therapist in Vancouver, and he too opposes the tax, partly because it was announced by B.C. Liberal premier Gordon Campbell less than three months after the provincial election on May 12.

“I’m totally against it,” Steele says in a phone interview. “I think it was a very underhanded move by Campbell.”

According to the Massage Therapists’ Association of British Columbia, more and more research supports the health benefits of massage. Some studies have shown it to be effective in treating fibromyalgia and headaches, among other conditions, as well as in reducing stress and improving circulation, joint mobility, and immune-system functioning.

The NDP is calling on the B.C. Liberals to scrap the tax and has started a petition that had more than 25,000 signatures when the Georgia Straight went to the printer.